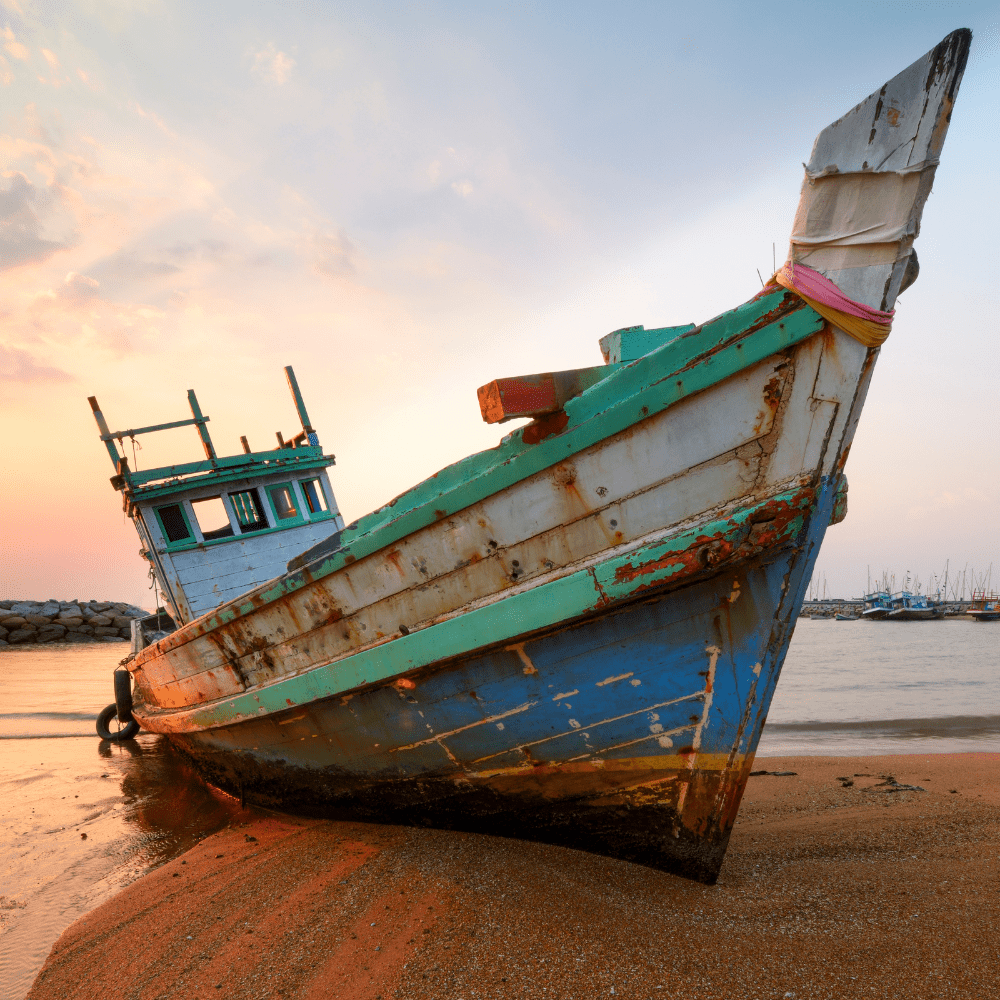 Faster, bigger, better, more – that is the “program” most of us are on. However in contrast to this, studies have shown that once your income is enough to comfortably cover your basic needs, gains in happiness from more money are negligible. So why are we flogging ourselves if the incremental wealth doesn’t bring with it incremental happiness? The pursuit of more money, as a goal itself, really has no meaning, value or purpose.

This parable teaches us lessons in the beauty of simplicity, less is more and gratitude over blind ambition. What are you trying to prove? And to who? And why? This story really emphasises the “why”. Asking ourselves that question until our answers reach a logical conclusion before deciding to take on increasingly stressful work roles and responsibilities to earn more and more money in jobs that we aren’t passionate about (or even hate), is about as central to our happiness as it gets.

So here it is. The Mexican Fisherman & The Investment Banker by Heinrich Böll.

An American investment banker was at the pier of a small coastal Mexican village when a small boat with just one fisherman docked. Inside the small boat were several large yellow fin tuna. The American complimented the Mexican on the quality of his fish and asked how long it took to catch them.

The Mexican replied, “Only a little while”.

The American then asked why he didn’t stay out longer and catch more fish.

The Mexican said he had enough to support his family’s immediate needs.

The American then asked, “But what do you do with the rest of your time?”

The Mexican fisherman said, “I sleep late, fish a little, play with my children, take siesta with my wife, Maria, stroll into the village each evening where I sip wine and play guitar with my amigos. I have a full and busy life.”

The American scoffed. “I am a Harvard MBA and could help you. You should spend more time fishing and with the proceeds, buy a bigger boat, and with the proceeds from the bigger boat, you could buy several boats. Eventually, you would have a fleet of fishing boats. Instead of selling your catch to a middleman, you would sell directly to the processor, eventually opening your own cannery. You would control the product, processing, and distribution. You would need to leave this small coastal fishing village and move to Mexico City, then LA and eventually NYC, where you will run your expanding enterprise.”

The Mexican fisherman asked, “But how long will this take?”

To which the American replied, “Fifteen to twenty years.”

The American laughed and said that’s the best part. “When the time is right, you would announce an IPO and sell your company stock to the public and become very rich; you would make millions.”

“Millions?” asked the fisherman. “Then what?”

The American said, “Then you would retire. Move to a small coastal fishing village where you would sleep late, fish a little, play with your kids, take siesta with your wife, stroll to the village in the evening, sip wine, and play guitar with your amigos!” 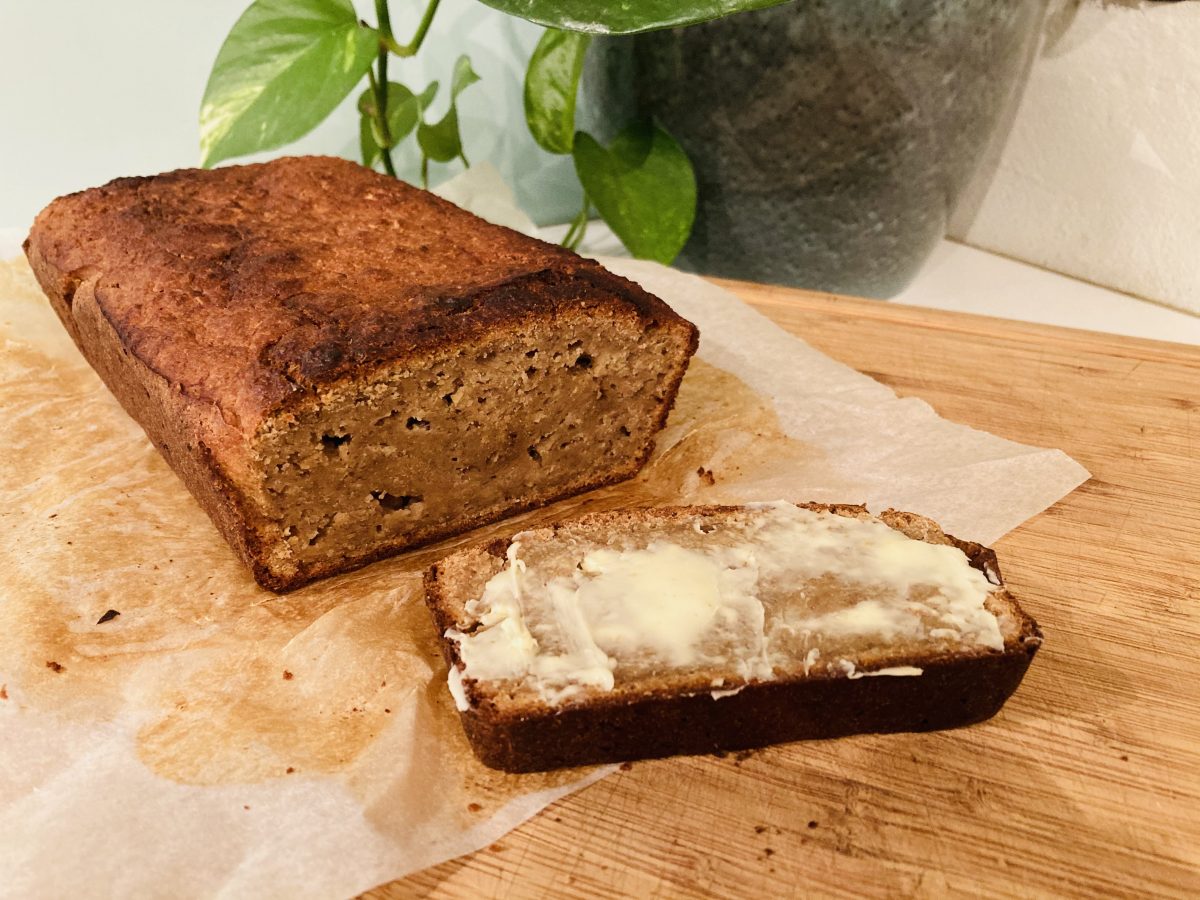 *I use two different sugars just for variance of flavour and texture but you can use the same sugar. 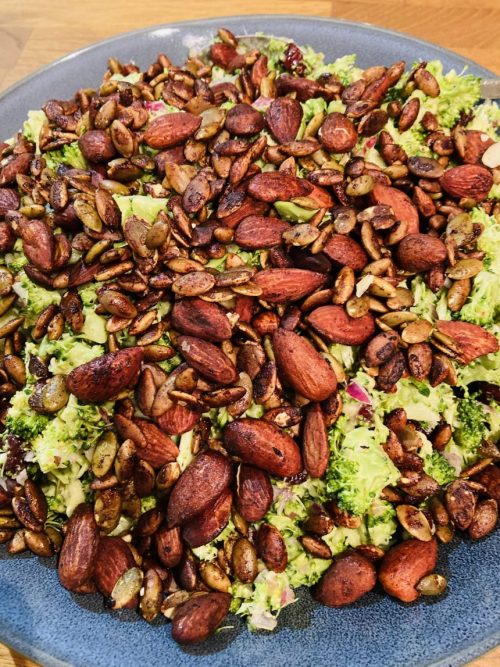 3. Combine all ingredients into a bowl and stir to coat

4. Tip onto lined oven tray and spread out evenly

6. Remove and let cool. They will get crispier as they sit

1.  Chop broccoli into 1-2 cm pieces including the stems

3. Add in the cranberries, onion and broccoli

4. Sprinkle the Smokey Tamari Almonds on top of the salad to serve.